Shidhhicharan was born on Jestha 9, 1969 BS in Okhaldunga Bazar of Sagarmatha zone, Nepal. He was son of father Vishnu Charan
Shrestha, who was also a literary figure and mother Neer Kumari Shrestha. Siddhi was married to Mishree Devi Shrestha. They had nine children. Their eldest son, Viswa Charan Shrestha, died at the age of four. Siddhi wrote poem “Viswa Betha” in his son’s memory.

Siddhicharan Shrestha is honored as “Yuga Kavi”, meaning – “Poet of the Era”.

Siddhi Charan Shrestha started his poetry journey at the age of 13. He had a natural flow of poetry. His first book Bhuichala was published in 1336. Siddhicharan wrote this book just after the horrible earthquake of 1936.
Siddhicharan Shrestha
Siddhicharan wrote many poems. He wrote both in Nepali and Newari. He also wrote a religious poem “Devighat”. “Mero Pyaro Okhaldhunga” is the most famous poem of Siddhi.

Siddhicharan was a revolutionary writer of the time. He was sentenced for 18 years in prison and his properties were also confiscated by the then autocratic Rana regime. However, he was released after five years.

He was a then political prisoner. Siddhi was not even allowed to attain his father’s funeral while in jail. The sentence was rigorous. The great leader Ganesh Man Singh and other political activists were in same jail and they were inspired by Siddhi Charan’s poetry.

Ganesh Man Singh once recalled the time in prison with poet Sidhhicharan and said “ if Siddhi was not there in prison, he would have gone insane”.

Former high raking Nepali officer Dr. Mohan Lohani, wrote in The Rising Nepal: “Siddhi Charan’s poetry is a guide post. It teaches us that service to others is a noble goal… He not only sympathized with the suffering of humanity but felt their suffering as his own… Siddhi Charan, the revolutionary poet lived for Nepal and breathed his last for Nepal.”

Siddhi was known as Kaji dai among his nearer. Siddhi loved smoking hookah. He loved reciting his
poems to his visitors. He was always inspiration to many new poets and writers. He personally inspired and suggested them for improvements.

During 1957-1965, Siddhi was a member of the Royal Nepal Academy. Later, he was as a life member of the academy. He served in the standing committee of the state council from 1971 to 1979. He worked as a social worker during 1936 earthquake disaster. He was also associated with the literary journal Sharada and the bi-weekly Gorkhapatra. Later on, he was chief editor of Dainik Awaz and magazine Kavita as the chief editor.

In the pilgrimage to Canterbury there were twenty-nine pilgrim of who were to set froth to Canterbury to receive blessing. Out of those twenty-nine pilgrims, there were three women two of the women were the prioress and the Nun. The two women were escorted and protected by the priest. The third woman was the wife of baths. She was not escorted nor protected by man. One of the wife of bath’s reasons in going on this pilgrimage, beside getting the holy blessing, was the probability off finding a sixth husband.
In the wife of Bath’s prologue she argues with the pilgrims about the marriage and she use’s her experience in the matter of marriage over the motion of the tradition authority. Because she been married five times, she is more experienced about the marriage more than any other pilgrim.
In her prologue the wife of Bath’s talked about her five marriages, and how she gained sovereignty over all of her husband. She claimed by giving woman the power, marriage will be more better. On the other hand all of her husbands of whom she had power form eventually died. Although the wife of bath’s always speak of her mastery and her skill in gaining sovereignty over her husband. Her fifth husband, who she really loved, did not give in easily. He used to beat her and he also reads to her from the book that he wrote about how the woman are wicked and how they are easy to get.
In the wife of Bath’s tale about the knight and the old lady, she also concentrated that the wives should have complete sovereignty over their husbands. Just like her she gained sovereignty and mastery over all five of her husband.
The wife of Bath’s husband did not live in perfect bliss, for each one of them ended up dying. Her first three husbanded were rich and old they died while trying to satisfy her sexual lust. But she didn’t reveled any thing about how her fourth and fifth husband death. But by talking under consideration that all of her previous husband had died after trying the sovereignty of the marriage, it is fairly logical to believe that she had something to do with it. Even her fifth husband whom she loved dearly and lived happily together ended up dying.
The wife of Bath’s never confessed on how any of her husbands died. Although it is widely thought that the first three died during sexual intercourse, or in an attempt to satisfy her lust, but there is no evidence in her prologue that explains the death of her last tow husband. In conclusion the wife of Bath’s argues for sovereignty to be held in the power of the woman over the man, while all of her husbanded of whom she was sovereignty have to die.

Thy soul shall find itself alone
‘Mid dark thoughts of the grey tomb-stone;
Not one, of all the crowd, to pry
Into thine hour of secrecy.

Be silent in that solitude,
Which is not loneliness- for then
The spirits of the dead, who stood
In life before thee, are again
In death around thee, and their will
Shall overshadow thee; be still.

The night, though clear, shall frown,
And the stars shall not look down
From their high thrones in the Heaven
With light like hope to mortals given,
But their red orbs, without beam,
To thy weariness shall seem
As a burning and a fever
Which would cling to thee for ever.

Now are thoughts thou shalt not banish,
Now are visions ne’er to vanish;
From thy spirit shall they pass
No more, like dew-drop from the grass.

The breeze, the breath of God, is still,
And the mist upon the hill
Shadowy, shadowy, yet unbroken,
Is a symbol and a token.
How it hangs upon the trees,
A mystery of mysteries!
Edgar Allan Poe 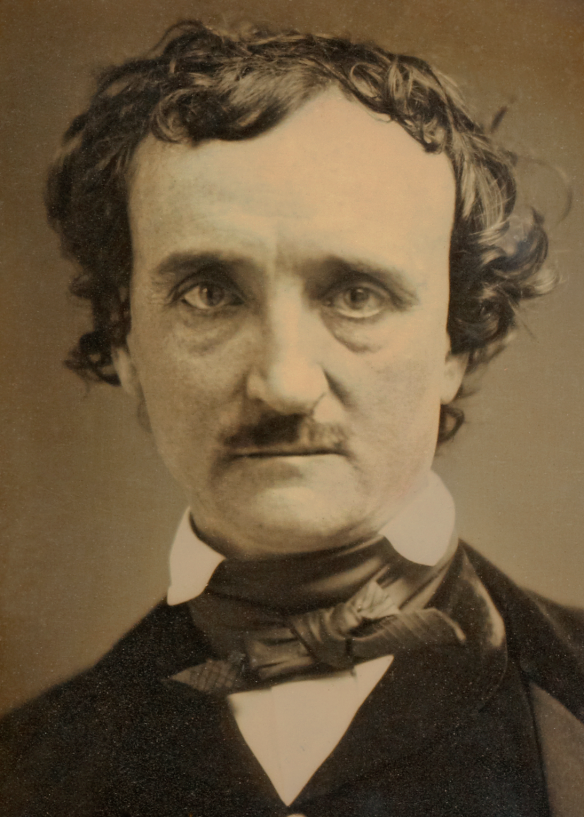 like a field of swords
all in a heap

is a lawn of
grass to me

for all i see
is war and hate

that earth is
hell

and a
violent place
to be
Shaun Shane

Smile! You’re at the best WordPress.com site ever

A Planet Of Lyrics

helpful and amazing updates about new and upcoming android devices

All Things Writing and Geek, in one neat little blog!

Ideal inspiration for all. Leaders and leadership is the main focus of this website.

Musings on Philosophies and Peanuts

The Only Place Where you can Find Extraordinary Jewelry and Fashion

Smile! You’re at the best WordPress.com site ever

Personal Views and Experience of the Universe

Life is a broadway musical and everyday is a song. These are mine manifested as poetry.